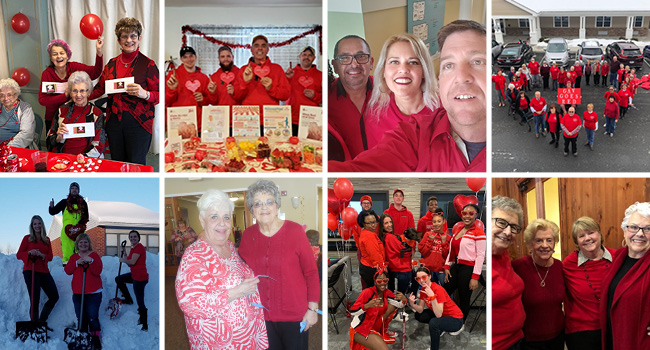 Every February, United Group joins the fight against heart disease by partnering with the American Heart Association for their “Go Red For Women” campaign. United Group’s communities in New York, Florida and Georgia host countless unique events and activities throughout the month to raise money and awareness for the devastating disease that kills more women than any other disease in the United States.

Diamond Oaks Village, an independent senior living community in Bonita Springs, FL, raised the most money with $2,471.00 in donations. The Lodge at BridgeMill was a close second, raising $2,365.81. Glenmont Abbey Village raised more than $1,000, and Hearthstone Village raised $503.

The corporate office hosted their own in-house fundraising initiatives as well. Departments were pitted against each other in a “no holds barred” penny war, which added $584.60 to United Group’s total 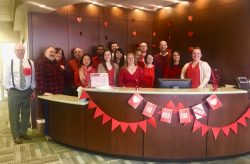 donation. The Construction and Development Department was crowned the champion of this year’s penny war and were awarded box seats to an upcoming Siena College men’s basketball game.

United Group consistently works to make a difference in their local communities, and appreciates the creative efforts from The Gables at Lakeside, Hearthstone Village, Glenmont Abbey Village, Sandalwood Village, The Lodge at BridgeMill, Schaffer Heights, the College Suites at Hudson Valley, Deer River Estates, Gabriel Courts, Diamond Oaks Village, and the employees at the corporate office for their commitment to such a noble cause.