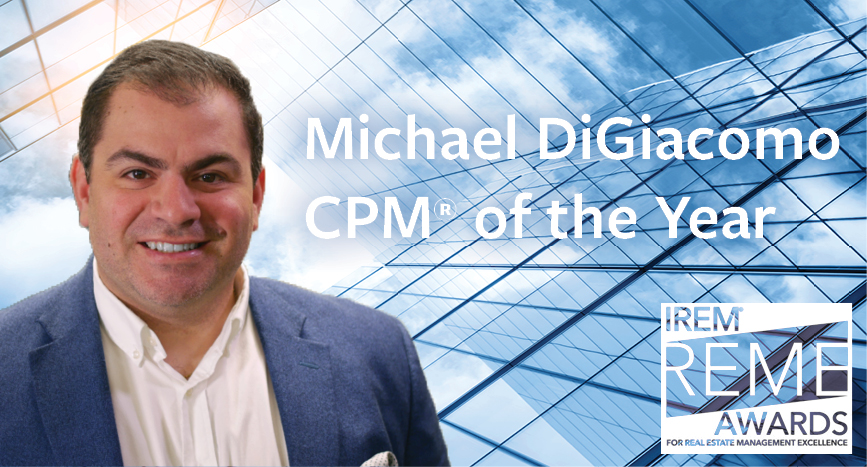 During the past ten years, Mike has climbed the ranks in United Group’s management company (UPPM) as a property manager in their independent senior housing portfolio and student housing portfolio to one of the company’s youngest regional managers, to his most recent promotion to vice president of student and senior housing, which totals more than 3,000 units and 2,000 student beds across eight states.

Throughout the years, Mike has played a critical role in successfully executing lease-up initiatives in both UPPM’s independent senior housing and student housing portfolios. His leadership skills, patience and ability to help guide property teams has been a tremendous asset to UPPM, and he credits those attributes to what he’s learned through IREM® during the past ten years.

Mike became an IREM® member in 2010 and completed his CPM® in 2017, which he considers one of his proudest achievements in his professional career. During his time as an IREM® member, Mike has served as IREM® New York Capital Region Chapter No.93 Vice President for several years and in 2019 was named the new Chapter President.

“I’m elated to earn this prestigious award,” said DiGiacomo. “I have been working in the real estate industry for more than thirteen years and earning my CPM was one of my proudest moments and biggest accomplishments. To have been a finalist amongst all the real estate professionals in this category is so humbling and to win this award is a true honor. This award is also a reflection of the team I work with and a testament to the commitment UPPM has made to develop its employees. IREM has helped me tremendously to grow my career as a real estate professional. I look forward to continuing to represent the CPM designation and IREM code of ethics to the best of my ability.”

United University, United Group’s in-house training program was also a finalist for the IREM® Innovator award, and United Plus Property Management earned the Accredited Management Organization of the Year award at the 2019 REME awards.